A Stitch in Time May Save You from… Opioids

SEVERAL MONTHS ago I turned on CSPAN: my go-to place in the middle of the night if sleep evades me. This night a panel was assembled before a congressional committee to answer questions about the opioid epidemic and in particular on “protecting the health and safety of athletes.” Because I had met one of the panel members several years ago, I decided to watch and listen.

Prescription opioids are powerful pain-reducing medications that include prescription oxycodone, hydrocodone and morphine, among others, and have both benefits as well as potentially serious risks. These medications can help manage pain when prescribed for the right condition and when used properly. But when misused or abused, they can cause serious harm, including addiction, overdose and death.

Opioids are a way of dealing with the pain associated with athletic injuries, which then allows you to keep playing, although injured. Not a very good practice. 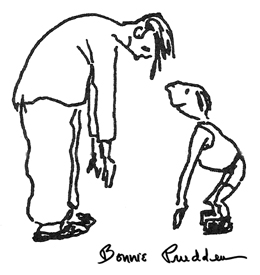 The question then becomes why are so many injured?

As with almost anything preparation is key. In this American world everyone rides, sits and watches from day one. The body is never built to potential except by those lucky enough to be “naturals” …the ones who escape the confines of the crib, car, home and classroom and take to the woods, the park or the shore on foot and at a run.

When it comes down to it many athletic injuries are the result of lack of trained leadership, greed and ego…the hostile takeover of youth sports by adults.

Back to the CSPAN PANEL…
Committee on Commerce, Science, and Transportation
The Committee concluded a hearing to examine current issues in American sports, focusing on protecting the health and safety of American athletes, after receiving testimony from:

NO one thought about the old proverb, “a stitch in time saves nine,” which means that prompt action needs to be taken in order to correct things before they really go wrong.

NO one talked about prevention of injuries.

NO one talked about building a body capable of playing without injury. 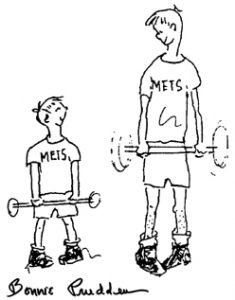 Everyone had closed the barn door after the horse had fled.

Granted, there is a time and place for everything including medication. But the best prevention and protection is preparation. For instance, the best preparation for not drowning is to learn to swim. You cannot protect anyone… You can only prepare and hope that what you have provided will stand them in good stead.

Start young, at day one, to prepare your little one for life with a good strong, flexible, joyful body capable of performing on command.